Ray’s Bream Brama brama Length to 70cm
An unmistakable laterally-compressed, deep-bodied fish. The head and eyes are proportionately very large. Overall, the fish is silvery-metallic in appearance, with a maroon/bronze sheen to the dorsal surface. This warm water species follows the Gulf Stream north in summer, retreating south in autumn; those that head south into the North Sea invariably end up dying and can be found on the north Norfolk coast in early winter. 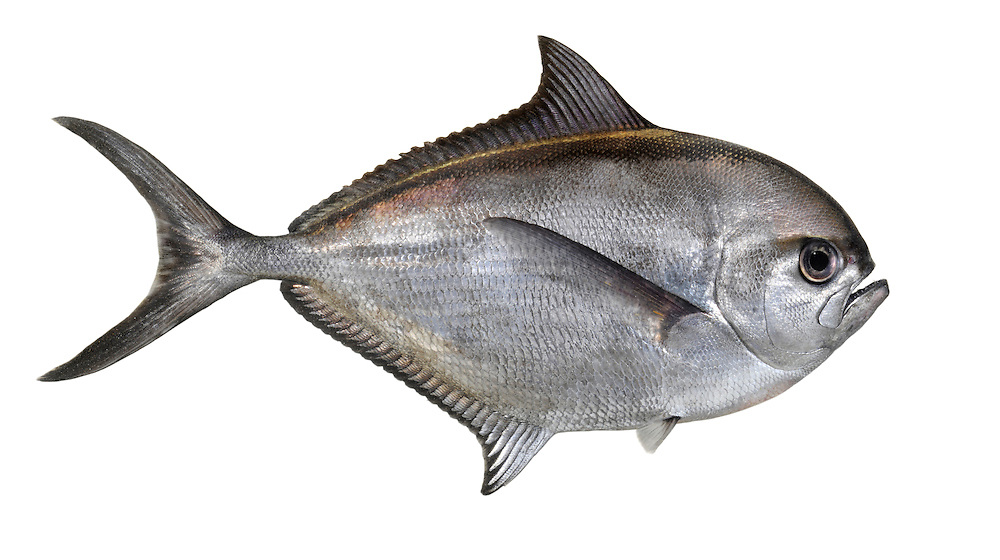